I had left off with the removal of the braces in the left rear of the car revealing some deterioration in the front lower portion of the inner wheel house so I felt the need to patch this area.

First, I had to mark off where I was going to make the cut such that I could bypass the existing patch and replace the whole area. I used blue masking tape for this because it allows me to see the cut line through the sparks of the angle grinder. 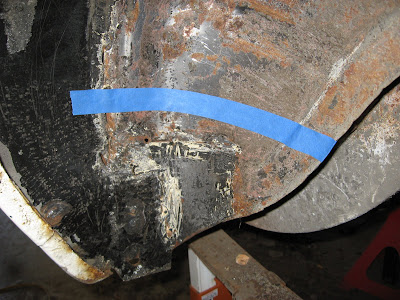 Removal of this section of the wheel house exposed some deteriorating metal in the floor to seat transition panel. 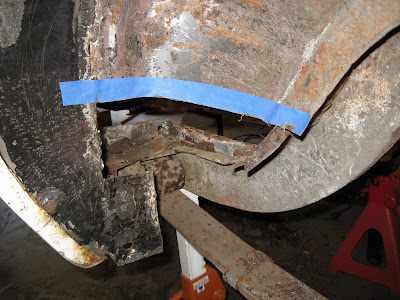 This is the deterioration of a part of the floor to seat transition panel where it met with the inner wheel house. This same damage was evident on the right side of the car as well where I had made a similar patch. 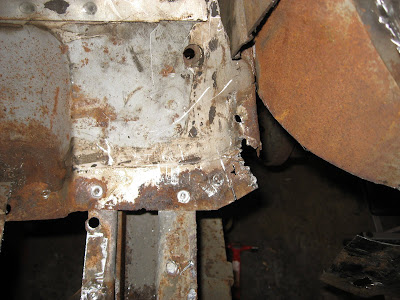 So, the first thing I had to do was to cut away the ragged, rusted metal in a shape that a patch can be easily made for. 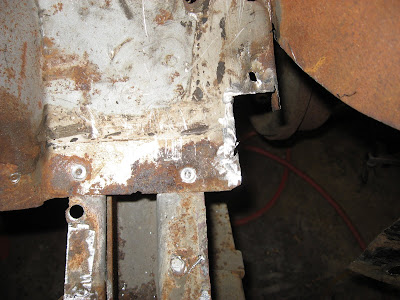 I cut a patch of 20 gauge sheet metal to fit the missing area, welded it in, and ground the welds flush. Then I cut a curved strip of similar metal to approximate the original flange that had rusted away, welded it on, ground the welds, and coated the area with weldable primer. 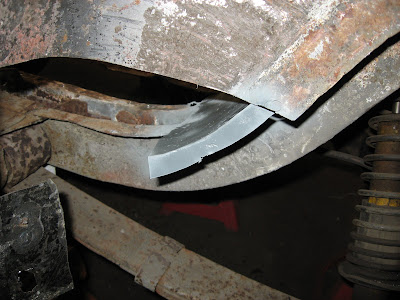 Now that I had the weld areas clean, it came time to make the patch for the wheel house. To do this, I used a reproduction wheel house from NPD. I used the original metal that I had previously removed as a template to cut the new metal. 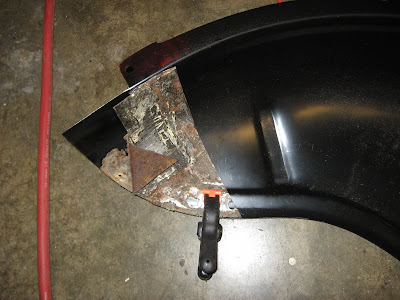 It's important here to not cut exactly on the line but leave at least 1/8" above the line to compensate for the metal removed by the angle grinder cutting wheel. 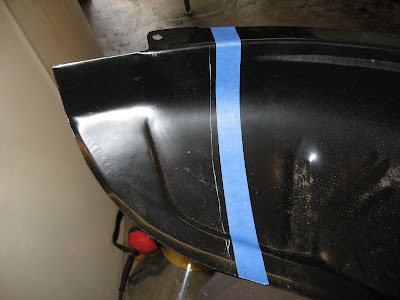 I could then fit the new patch to the original inner wheel house. 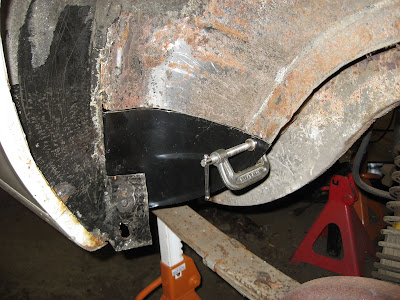 I then marked the position of the new flange on the patch with a white grease pen, laid out hole locations for the plug welds and drilled the plug weld holes. 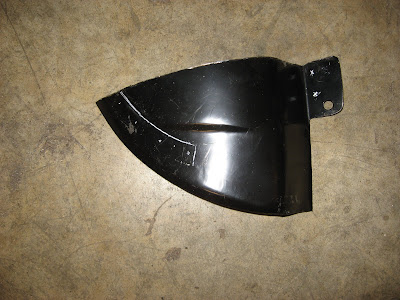 Finally I was able to butt-weld the new patch into place and grind the welds flush. I had some trouble with my welder heat settings on this task. I couldn't seem to get the settings right and blew through in several places causing me to have to patch my patch... blah! 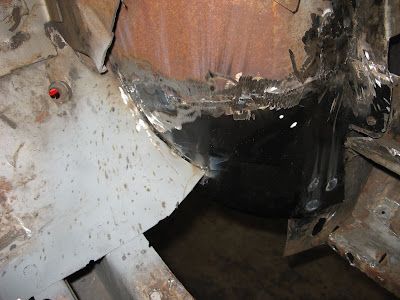