Before continuing on with the preparation of the driver's side structural members, I needed to weld in the driver side floor support that welds to the back, bottom of the front frame rail. This member is attached to the frame rail via 30 plug welds, each requiring a hole to be drilled. In case you don't remember from prior posts, a plug weld is where a piece of metal is drilled, mated against another piece of metal and then the two are welded together by filling the hole thus simulating a spot weld. In this case, there are 2 rows of 5 welds on each of the 3 contacted sides. In addition, there are 4 more welds to the sides and 2 to the top middle of the member where the floor cross member ties the two floor supports together. 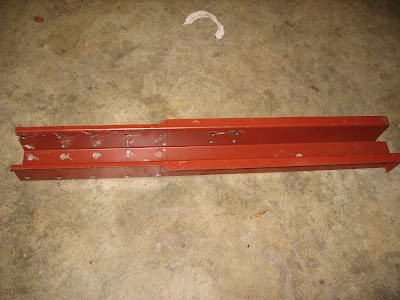 I test-fitted the floor support to the frame rail, marked the hole locations, and then used a flat ended spot weld bit to expose a 3/8" circle of bare, clean metal to weld to as shown in the image below. 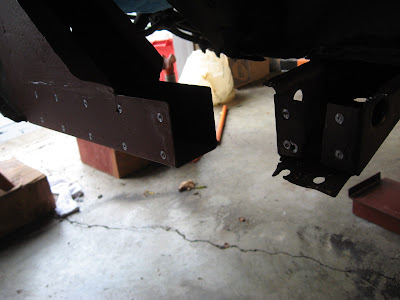 I then clamped the two parts together and systematically filled in the holes to bind the parts. 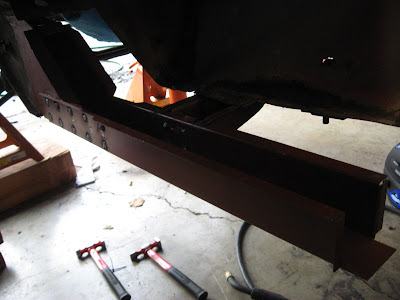 I could next move onto straightening, filling holes, and generally preparing the sheet metal around the area of the inner rocker where I wouln't have access after installing the inner rocker. 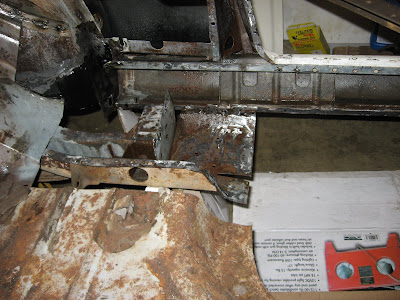 The area is doused with Ospho, rinsed, and scoured to neutralize the rust. 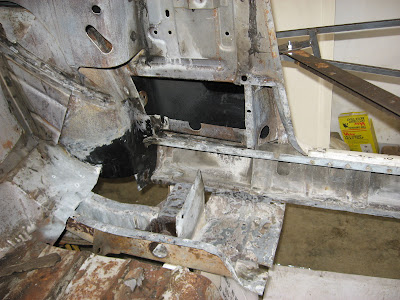 A view of the front portion of the inner rocker after cleanup. 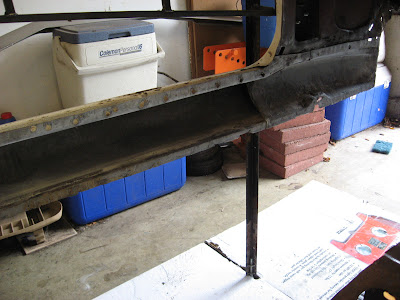 Everything that harbored surface rust within the vicinity of the inner rocker was given a coat of ZeroRust encapsulator to seal it up in the event that moisture ever contacted the area in the future. 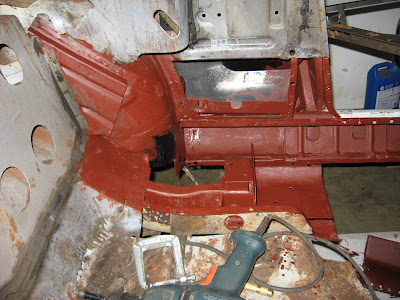 A view of the front portion of the outer rocker after ZeroRust is applied. 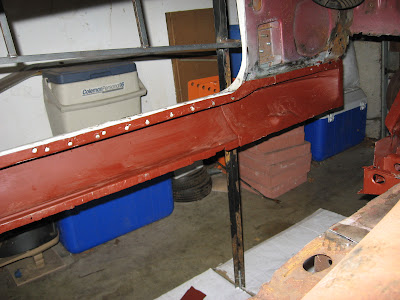 The driver's side of the car is now ready to install the torque box and inner rocker panels. This is a shot of an initial test fit. The torque box needs some adjustment as it doesn't fit quite perfectly. After I do that, it's time to weld and then the car will once again be structurally sound. 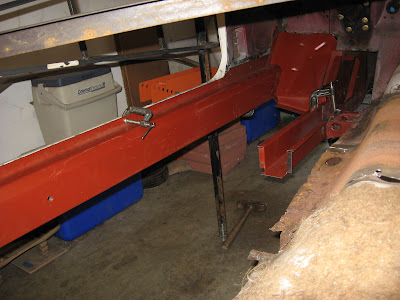