I spent the weekend doing a few random tasks toward the back of the car, including grinding down the various spot welds I'd made welding in the structural members on the right side of the car and cleaning up the rear torque box cover and hammering it back into shape.

I became sidetracked by a rust hole about a 1/4" diameter in the bottom of the rear door jamb. I didn't take a detailed image of the area but I was able to crop and enlarge this area from another photo to give you an idea of the damage: 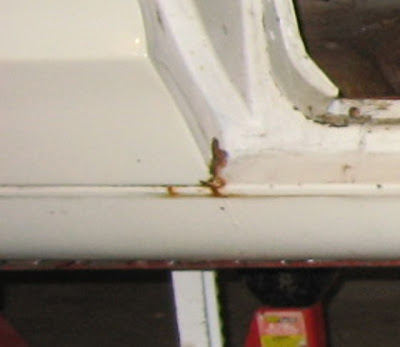 I then repaired the area in an hour or so without taking photos of the process because it was mostly experimental just cutting out rust until it was gone and then making a couple of patches from 20 gauge sheet metal, butt welding them in and grinding. This is a really lousy picture of the repair upon completion but it looks okay in real life. You shouldn't be able to tell it was there after paint. 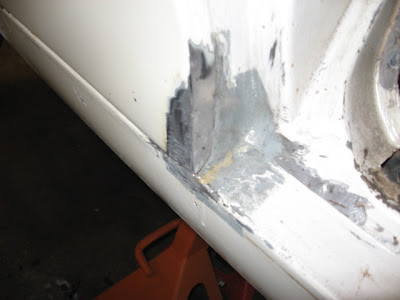 I ran some seam sealer in the various seams within the rear torque box: 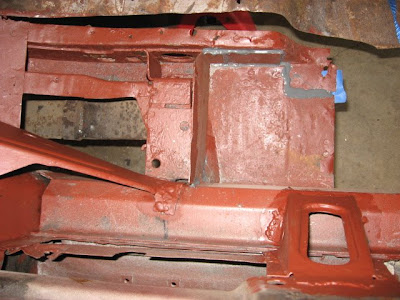 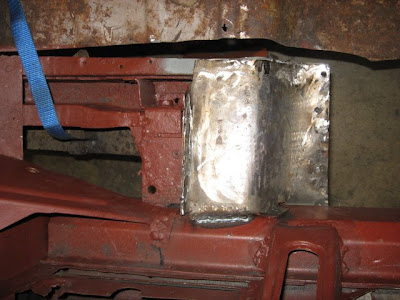 The last task for this weekend involved welding the back of the inner rocker to the bottom extension of the front wheel well and trimming it up. 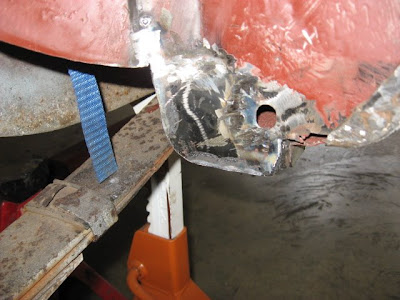 Except for the front firewall toe pan, the right side of the car structural is complete. This marks a milestone in the restoration of Ol' Rusty.
Posted by A. Olshove at 9:49 PM