The "toe boards" are also known as the firewall to floor extensions. These are the angled panels where the driver and passenger feet reside between the floor and the firewall to the engine compartment. In the case of most of the vintage Mustangs that are in need of restoration, holes and rust develop in these areas as a normal state of wear, tear, and weathering.

In an original car, the toe boards are stamped as an integral part of the panel that makes up the firewall. Fortunately, patch panels are made available and I bought a pair several weeks ago and proceeded to primer them with PPG DP74LF primer to protect them.

This is the passenger side patch panel as it comes from NPD (after I applied primer): 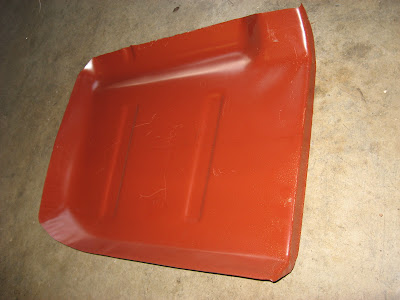 Unfortunately for me, I seem to have purchased a set of panels for a coupe. Coupe panels don't have the cut-outs for the inner rockers at the outside corner. So, I searched several internet vintage mustang parts resellers and couldn't for the life of me find a panel made for a convertible. I finally gave up and opted to modify the coupe panels. In order to do this, I first had to cut out the inner rocker notch. The first step was to make a template out of some heavy poster board as shown here: 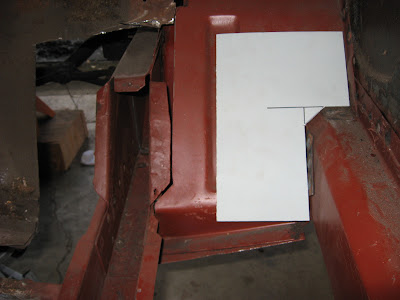 The template was then transferred to the patch panel: 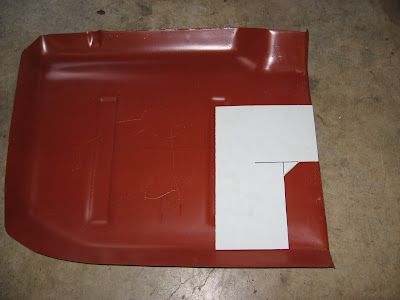 I then drew tabs that I would use to weld the panel to the inner rocker. 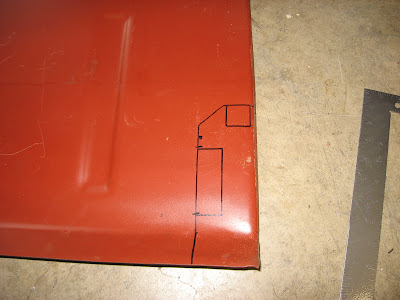 I cut out the notch with my angle grinder. I soon discovered another problem with the coupe panels. There's a flange on the outside edge that faces down. This interferes with the torque box on a convertible: 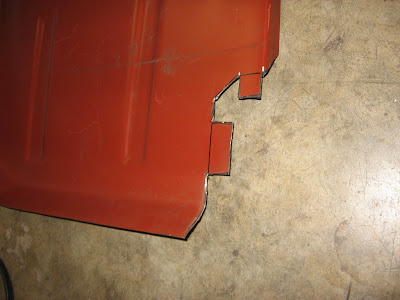 The flange then had to be bent upwards in addition to bending the inner rocker notch tabs upwards as well: 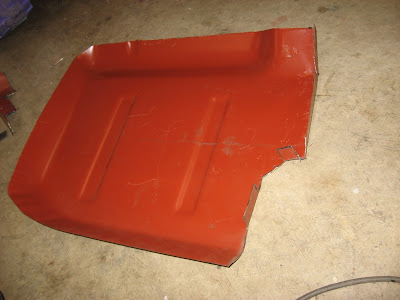 With the patch panel laid out, it was time to mark a straight and consistent hole in the original toe boards into which I would weld the patch panel. 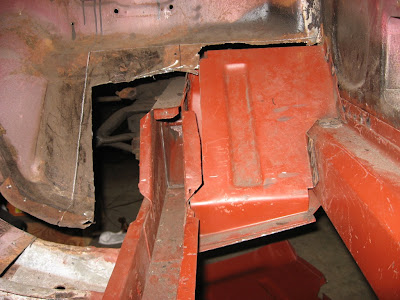 After a very long time and several iterations of fitting, measuring, and cutting, I finally had my finished toe board patch. I drilled plug weld holes for the two frame rail flanges and a pattern of 10 plug weld holes to attach to the torque box. 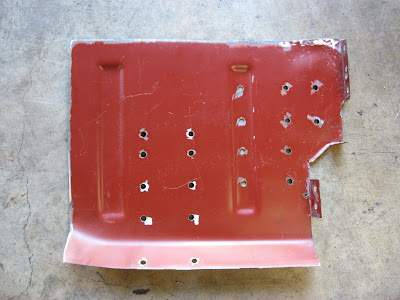 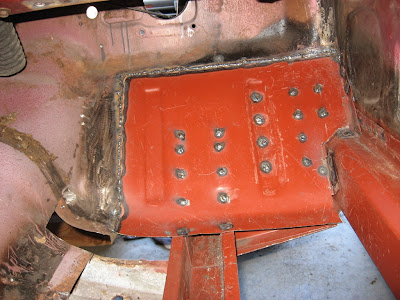 I then ground down the welds from both sides of the panel, filled many blow-outs and pinholes, ground again, rinse, wash, repeat. In total from beginning to end, this task took me about 3 days for a total time of around 8 straight hours of pain and suffering. I really have to wonder if maybe buying a complete firewall and patching in the entire bottom half would have been easier. One of the primary hassle's was squatting/kneeling under the dashboard area to complete all the steps. I'm really dreading repeating this on the driver's side but, hey, if it were easy... I'd be done by now. 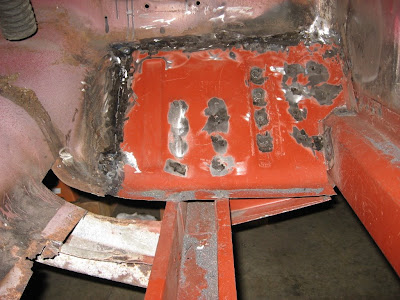