Since I had the driver side inner rocker on the floor for drilling out plug weld holes, I decided it was a good time to mount captive nuts for 3-point seat belts that I intend to install. I asked the folks on the VMF for advice and was directed to several links of installs others had done. It seemed to me that the common requirement was a captive nut to be installed about 10" behind the existing front seat belt captive nut, just in front of the rear torque box.

So, I selected a location 10" behind the existing captive nut to drill the hole for the seat belt anchor plate that I bought from NPD. I drilled 2 holes, each 3/4" out from the mounting hole for plug welds. 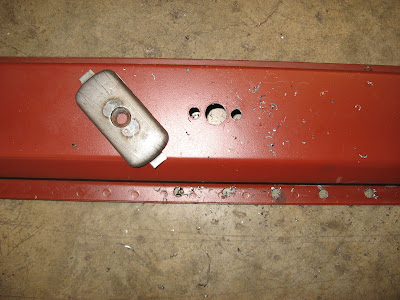 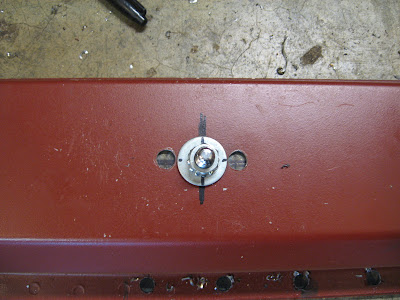 I filled in the plug weld holes to fasten the plate to the inner rocker panel and dropped the bolt down and dumped it out the end of the rocker. Note, the bolt I used was not threaded into the bracket captive nut but was a smaller size that would easily fall out. 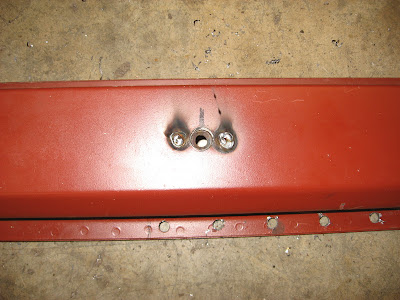 I repeated the process on the existing passenger side rocker as well. For this side, I had to open up the wheel well at the bottom to gain access to the inside of the rocker and reweld it. 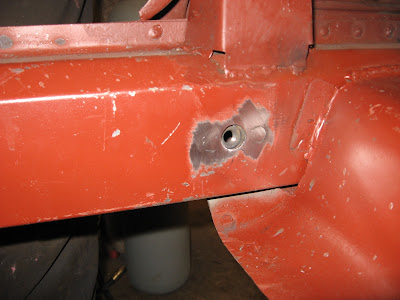 Now I have additional mounting points for 3-point seat belts. I have yet to install the upper point at the rear of the door but that can wait until after the floor is in.