What a way to spend Independance Day.

In 1776, our forefathers cast off the oppressive rule of the British Empire. 232 years later, I felt it a fitting tribute by casting off (most of) this rusty front outer rocker. 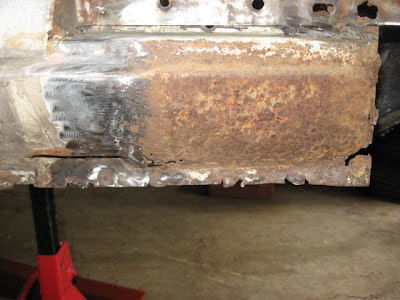 I drew the line in the sand (steel) and bellowed, "I only regret that I have but one angle grinder to use for my Mustang!! Attach cut off wheels! Chaaarge!" 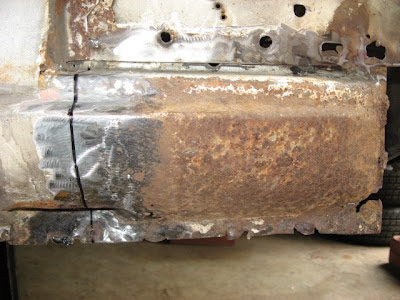 The front defenses were weak and went down without much of a fight. Now we could get to the real fight, the poorly reinforced front frame rail itself. We had to cut through that to see the true enemy beyond... 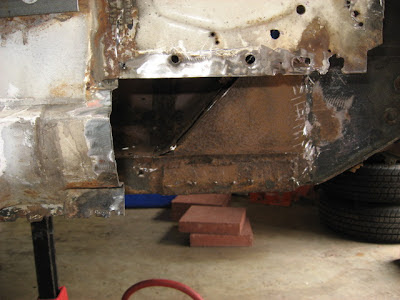 Sparks flew and rusty metal fell away to my unyielding assault. After the rust-dust, settled, I could only stand in awe to the power of the destructive forces at hand. My true enemy has revealed itself. 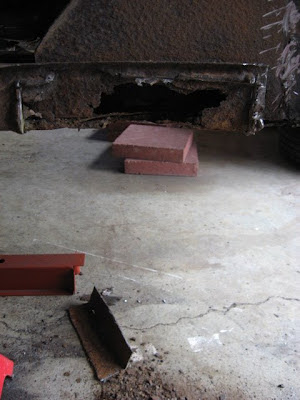 Yes, it set me aback. After I had regained my composure I shouted, "It's too powerful! We have to cut off it's allies!" among the din of steel rusting. Thus, I drew another line and readied my trusty angle grinder, revving it menacingly. 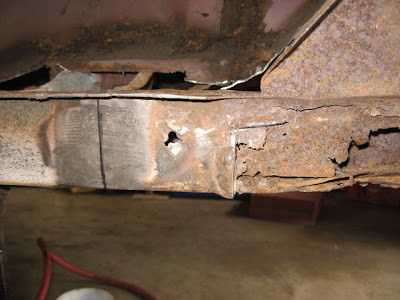 After I finished my attack, the enemy fell (literally, the front right side of the car dropped a quarter inch!) "The infrastructure is failing!", I shouted. It was evident that we needed to station reinforcements until Mustangland is able to support itself again. 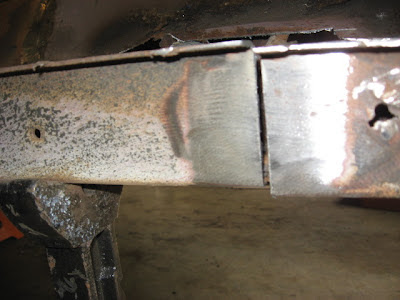 So I subcontracted Mr. Bottle Jack to assist while I placed an order for a frame rail patch which will be here on the 9th. Check back around then for the mother of all battles. Happy 4th!! 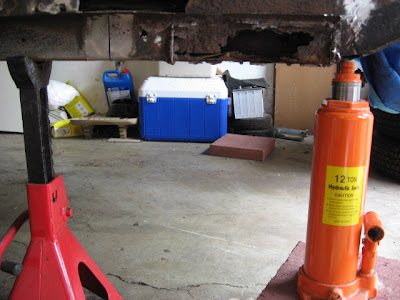