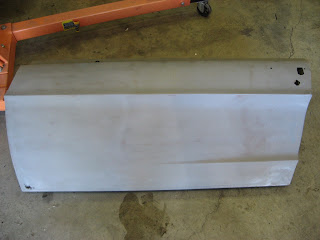 When I dropped them off the blaster asked me, "Do you want just the outside blasted or the entire door.  Off the cuff, I said, "Uh, just the outsides".  My immediate consideration was the fact that there is factory sound deadener applied to the inside of the door skins that I didn't want messed up and also figured it would double the price of each door.  Also, I was in a hurry to go pick up my child from her appointment so off I went confident in my snap decision-making skills.  Then I got the doors back and found that when I said "just the outsides" they took the cautious route so as to not accidentally overblast any interior portion of the door so that left the inner panel mostly unblasted.  I later discovered that the sound deadener inside the doors was chpping away anyway with surface rust underneath it so I have to clean and treat it anyway.  I think I'll see if I can take them back to see if they would be able to do the interior very well. 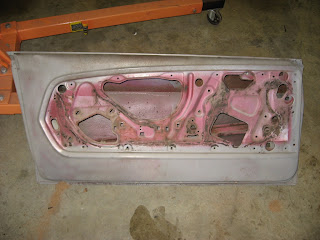 The good news is that the doors were in very good condition with the exception of a rust hole on the front lower corner of each door.  This is the damage to the driver side door. 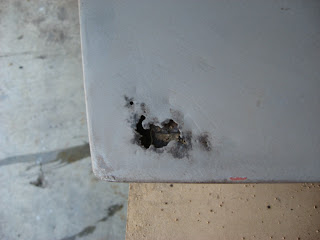 I didn't show it here but I precut a patch and used it as a template to cut around the rust.  Yikes!  That heavy chunk of rusty metal in there is the bottom of the bracket that holds the hinge plates in place. 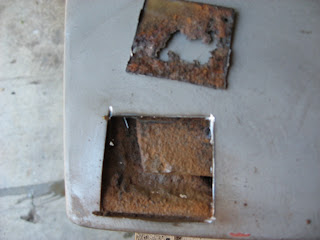 This might be a good example in favor of dipping a set of doors.   The dip chemical would have gotten this but I think it would have also turned the bottom edge of the door into swiss cheese and I might have had to completely replace it if I had the doors dipped instead.  Guess I'll never know.  Anyway, I did what I could to grind away as much rust as possible and treated it with Ospho rust converter.  I then used my Dremel to grind the pinholes back to good metal: 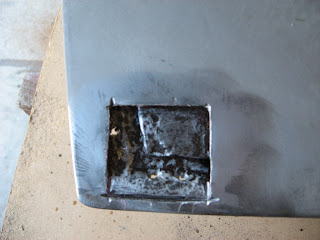 I then welded up the pinholes from the inside. 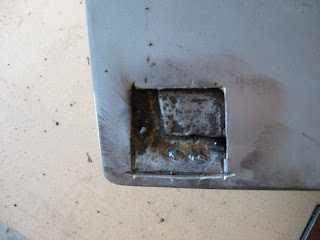 I brushed a coat of ZeroRust into the door as car as I could reach under the metal with a brush and also coated the inner side of the patch. 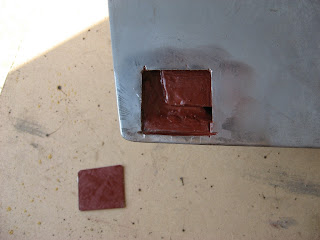 And then stitch welded the patch in. 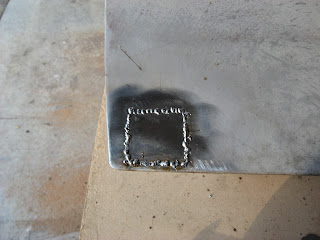 This is the what was left on the interior panel of the door after filling the pinholes. 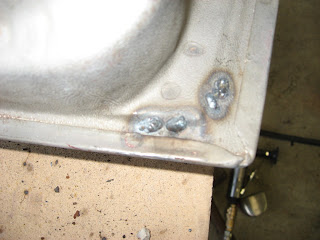 I carefully ground the welds down with the edge of a 1.5" Dremel cutting wheel trying to damage as little of the original grain pattern as possible.  An angle grinder or even a die grinder would have wiped away a lot of the texture.   Finally, a coat of primer on both sides. 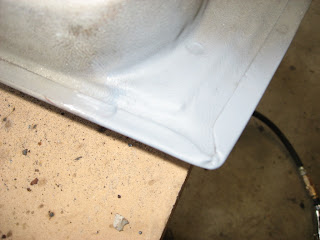 The same basic procedure was repeated on the passenger side door.  Here's how the PO's restorer opted to handle the rust problem in the doors back in the 80s.  Well, at least it didn't get much worse. 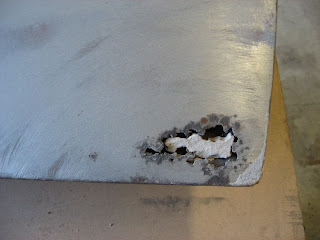 I made a patch and used it as a template to cut away the cancer hole. 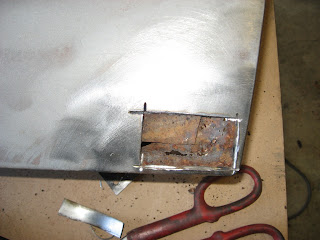 I then ground away the surface rust, treated it with Ospho, and cut a small patch for the interior panel. 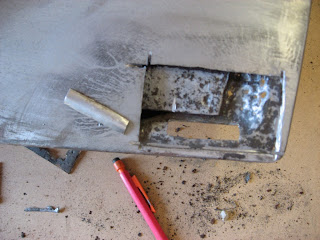 Welded in the small interior patch and the pinholes. 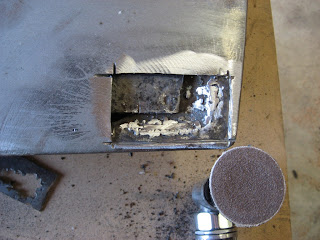 Coated the inner side of the patch and the inside of the door with ZeroRust. 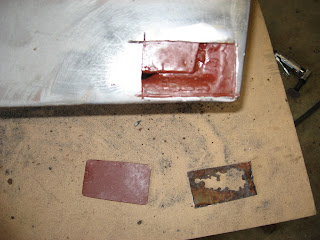 Stitch welded in the patch. 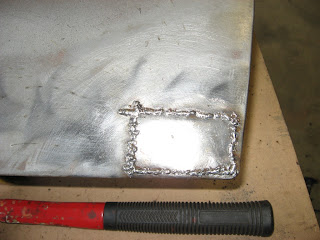 Ground it level and a coat of metal etch primer. 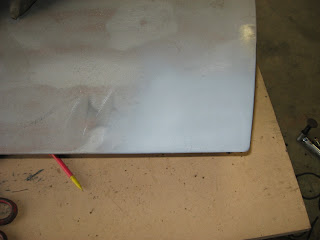 Same treatment to the interior panel.  Ground with edge of 1.5" Dremel cutting disk and primered. 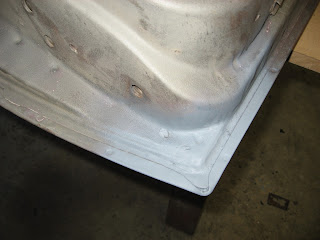 I still need to deal with the interior of the doors.  Whether I do it myself of have it blasted yet remains to be determined.  It bothered me a bit to know how much rust is likely still hiding inside the doors around the areas that I patched.  I'm going to just have to soak the area with Ospho and hope I get enough in there to stave off future pinholes.  I think a majority of untreatable rust is around the door hinge brackets.  Maybe if I pour some Ospho in there and slosh it around...
Posted by A. Olshove at 10:25 PM