Here's a task that COULD have been done way back at the beginning but did I make the right decision on this? Nope! This is yet another task I left undone until nearly the end. If you care about your windshield do yourself a favor and remove it before you start sanding, welding, grinding, or most any other kind of verb associated with automotive restoration. Besides the obvious risk of breaking the glass outright, there's the more subtle risk of microscopic blobs of molten steel embedding themselves anywhere that sparks are allowed to contact the glass. My windshield was pretty much ruined after all the metal work I've done with it in place. Sure, I covered it with a blanket but unless the blanket is weld-resistant, it will do no good and mine wasn't. I'm not crying over spilled milk here because the windshield also had some deep wiper scratches compliments of the PO so I wasn't emotionally attached to it. I've also researched polishing the flaws out of the glass to restore the windshield but the general answer to that question is that the windshield glass will become optically distorted like a funhouse mirror.

If your windshield is worth saving, however, then save it! Just a couple of reasons to keep your original if possible is that the glass on the original is thicker than repros and the repros don't contain the proper factory watermark etching. It's my understanding that windshields from 65-68 are interchangeable but watermarks differ from year to year so if you don't care about originality but do care about quality/thickness, then you still might be able to find an original from an 65-68 junk car. I'm likely going with a repro though despite the originality issues.

Okay, on to the removal of the windshield. I could have just smacked it with a hammer and pulled it since I'm not interested in saving it, but I've heard that many people have a problem with the windshield cracking during removal so I considered it a personal challenge to see how hard it is to get it out in one piece.

The first thing I did was to remove the rear view mirror by loosening the two philips screws on each side of the center arm. Two more screws held on the center visor support. 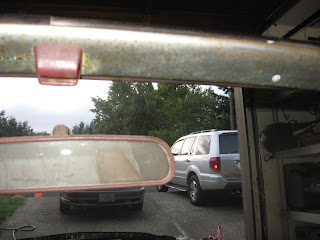 I next removed the philips screws all along the top windshield trim and the visor pivots. 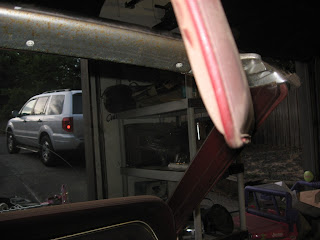 It helped to remove the pillar pad to access a couple of screws in the visor pivot. Just pop the pad off with a flat tool like a screwdriver. 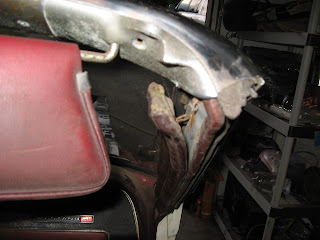 The interior top trim can then be removed exposing several square holes in the windshield frame as seen below. These square holes give access to the nuts that hold the outer upper windshield trim on. Also, note from this picture that there is a screw holding the top of the A pillar weather strip. 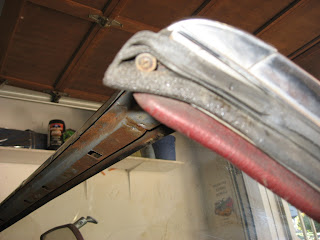 After removing the screw from the top end of the A-pillar weather strip, the rubber strip can be peeled away from the weatherstrip trim. 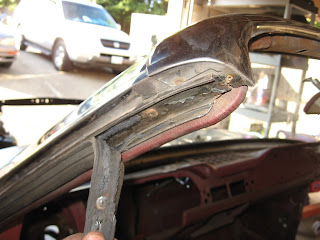 There's another screw at the bottom of the A-pillar weather strip that needs to be removed. 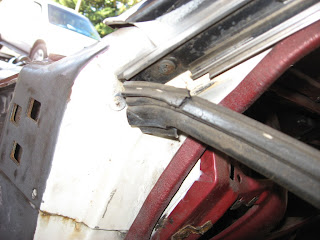 The A-pillar weather strip trim screws can then be access to remove the trim. 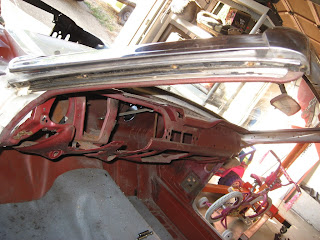 Now we just have the exterior side and bottom trim to remove. 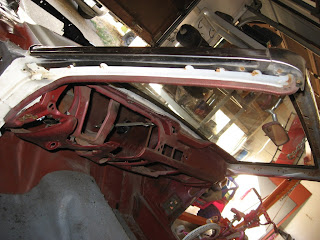 This shot shows what the sealer and windshield gasket look like beneath the exterior upper trim that was previously removed. 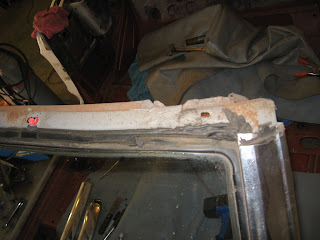 The side and bottom trim are a special kind of nightmare. There are these little red clips that are snapped over posts in the windshield frame and hooked onto L brackets in the windshield trim. I lacked the skill/expertise/luck to unsnap the clips from the posts because they were embedded in sealer so I had to pry the trim away from the clips and dig the clips out separately.  MarkStang of the VMF has a video on YouTube showing how to separate the trim from these clips.  Thanks Mark! 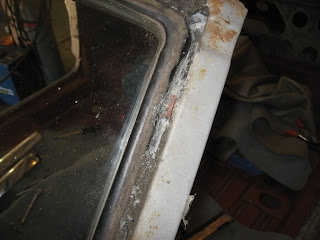 The bottom trim was no exception although working around one clip at a time patiently unhooking the clips from the trim resulted in undamaged trim that could be reused. 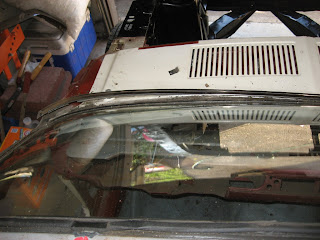 Here's a close-up of the de-trimmed windshield. I've already dug out a lot of the sealer with a putty knife at this point to expose the rubber gasket. 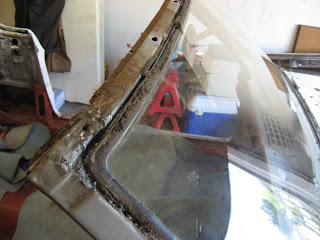 Here's a shot of the windshield just prior to removal with the trim all off and the sealer dug out around the gasket. 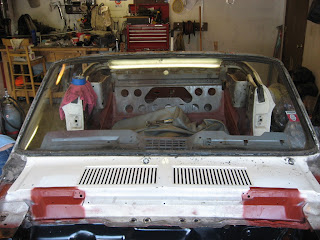 Very little Googling gives up the pro's secret of using a utility knife to cut the outside lip of the gasket away from the windshield. 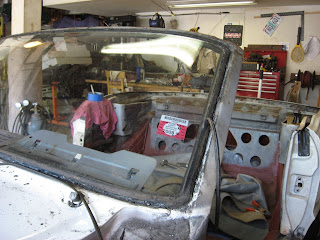 The windshield then easily pops out. Don't even try to save the gasket. It's not worth the hassle and new gaskets are cheap. 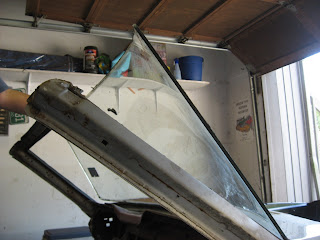 Here's the removed windshield along with the pile of dash parts from the previous blog entry. 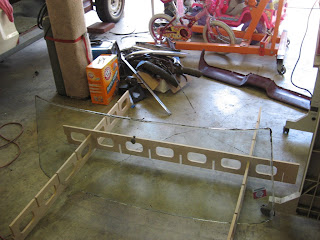 Now I have a car ready for the media blasters after my lovely assistant helped me scrape the remaining sealer out from around the windshield frame. 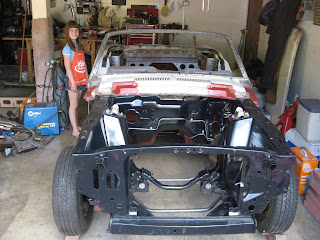