Having welded in the Inner Rocker, I now need to reinstall the 2 braces in the rear section of the car. The first being a kind of an A-shaped bracket thingy that attaches to the rear door jamb. The second is a long brace that extends from the inner rocker into the trunk and contains a mounting point for the right back passenger seat belt. I had cut this brace in half to gain access to the inner rocker. However, the brace itself was rusted out toward the bottom. I half-considered letting it go but decided that since it contains the seat belt mount, I would go ahead and patch it correctly. You can't buy this particular piece of sheet metal in reproduction.

Here's a shot of it after I had cut out the rusted section and removed the seat belt captive nut plate. 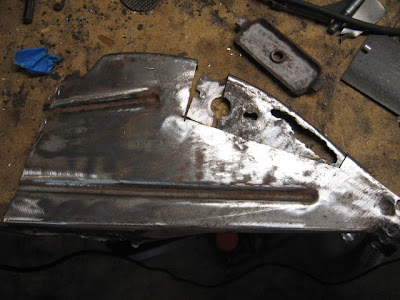 I cut out 14 gauge sheet metal patch that fills the area I had removed. 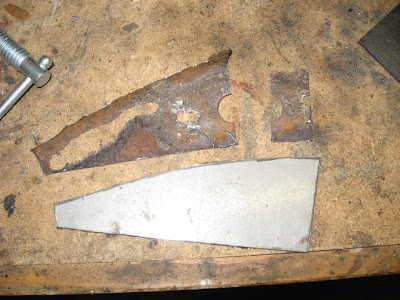 I welded the patch to the brace from the inside so the welds wouldn't show from the outside. 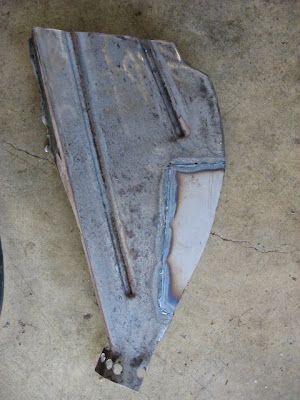 I then welded a strip of 14 gauge sheet metal to the outside edge to replace the rusted-away flange, and ground it smooth. 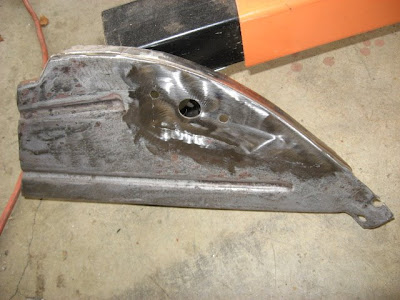 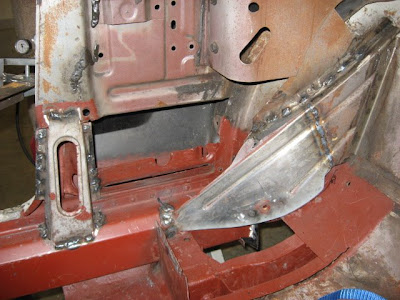